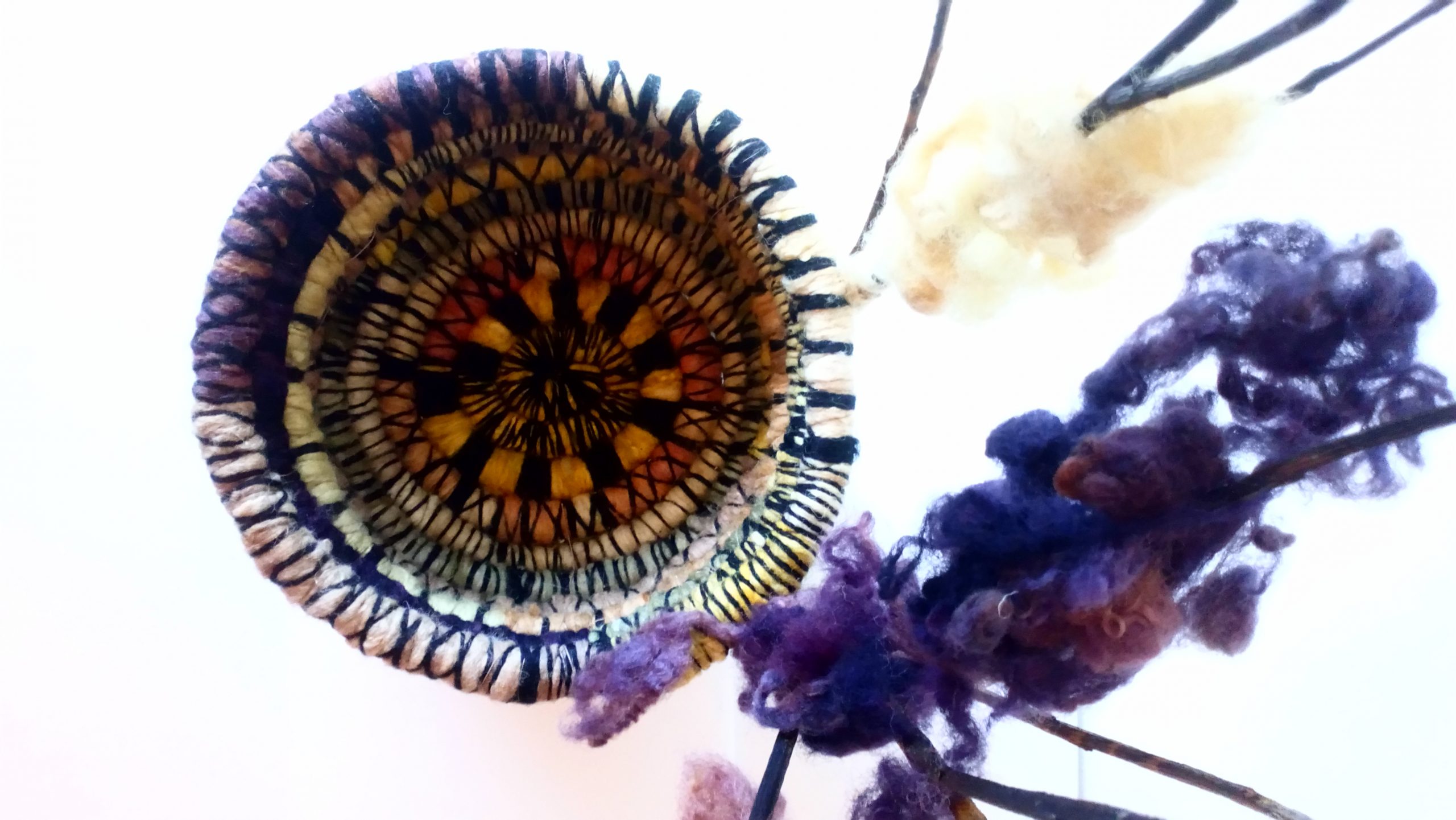 This Unlimited R&D commission, in partnership with the Forest of Dean Sculpture Trust, presented Kristina with an invitation to learn about the forest, its people, and the industries that forged the landscape. It represented an opportunity for Kristina to move her practice from the inside to the outside and to extend her interests in land-art and making things from natural resources.

The Forest of Dean is a unique area. It’s ancient forest, dialect, mines and unusual set of rights bestowed upon the Foresters born there, make it a fascinating source of inspiration for an artist. Through her exploration of the landscape, history and communities of the Forest of Dean, Kristina has drawn parallels between the delicately balanced eco-systems of both the flora and fauna of the forest, and the social fabric of the society that is woven around it. Whether it’s pressures on young people, the devastation of austerity policies, environmental threat, or marginalisation of minority groups, infrastructure often constrains, thwarts and frustrates. But, restriction is also fertile ground for solidarity, protest, resourcefulness, and glorious creativity. Like roots seeking out water or shoots winding towards the light, barriers are overcome and new journeys made.

Rust dyed felted vessel, combining the ancient rights of Freeminers to mine iron, and the Sheep Badgers to let their sheep roam the forest. A reflection of the vibrant iron-rich, ochre streams that run through the forest. The iron has seeped into the water from the ground where it was mined below the ancient oaks. The fleece has been needle felted alongside wool dyed with Oak to form a vessel. A dark, charcoal coloured seam reminiscent of the winding, wistful Wye snakes through the piece.

Fragility – Loose basket formed with delicate twigs and snagged with naturally dyed sheep’s wool. Despite the size and might of the forest, the ancient oaks and the resilience of the people, there is a vulnerability and a balance to be mindful of.

Yew Bark Basket – A delicately assembled basket of Yew bark. Yew trees indicated to the Romans that iron lay below the soil. The twisted, unusual Yew trees found at Puzzlewood bring a magic to the forest as their roots break up the limestone beneath, and send boulders tumbling. There they lie, succumbing to a thick covering of moss, and forming outer-worldly landscapes.

Ferocity of the Forest – Pointed twigs, painted in ochre, mined below the forest floor, and charred like the charcoal once burned there, reach out defiantly from insect holes in an ancient log. The whole piece rests precariously on a delicate frame of thin branches.
This piece responds to the fierce solidarity with which Foresters protected the Forest of Dean at precarious time, when the Forest was vulnerable to being sold off by the government.

Shou sugi ban is a Japanese technique for preserving wood. It involves charring, slowly at high temperatures to draw out the sap (leaving no sugars for creatures to infest and feed on) whilst carbonising and waterproofing. The striking black wood is then massaged with linseed oil to give a rich and sumptuous finish. After spending time practicing Shinrin Yoku, a Japanese approach of mindfulness and appreciation of the forest, in the Forest of Dean, the Shou sugi ban technique seemed a fitting way of drawing together the history of mining and charcoal making, with the wood of the forest. Sheep fleece dyed with buddleia, gives a nod to the flora and fauna. Tightly wound into ‘creepers’, the colours of the wool draws on the ochre pigments and black coal, mined below the forest floor. Weaving their way around blackened branches, the essence of a working, managed forest stretches from past to future, intertwined with human stories.

Badger’s basket – Bringing together plants of the forest to create natural dyes to colour sheep’s wool. The ancient privilege allowing Foresters to become Sheep Badgers and let their sheep freely roam the forest, is reflected in this piece that tightly binds together aspects of the natural landscape with sheep’s wool.

Basketcase – A rope basket wound with black wool and reminiscent of charcoal, is lit from within, illuminating the interior where bright colours reflect the vibrancy of the forest people. Thorny twigs cover the exterior offering it protection from those seeking to sell-off the land.

To discover more about the artist’s motivation and context for the work, read the article at Disability Arts here

Commissioned work as a result of the R&D:

Vibrancy in the Forest

If Only Beds Could Fly