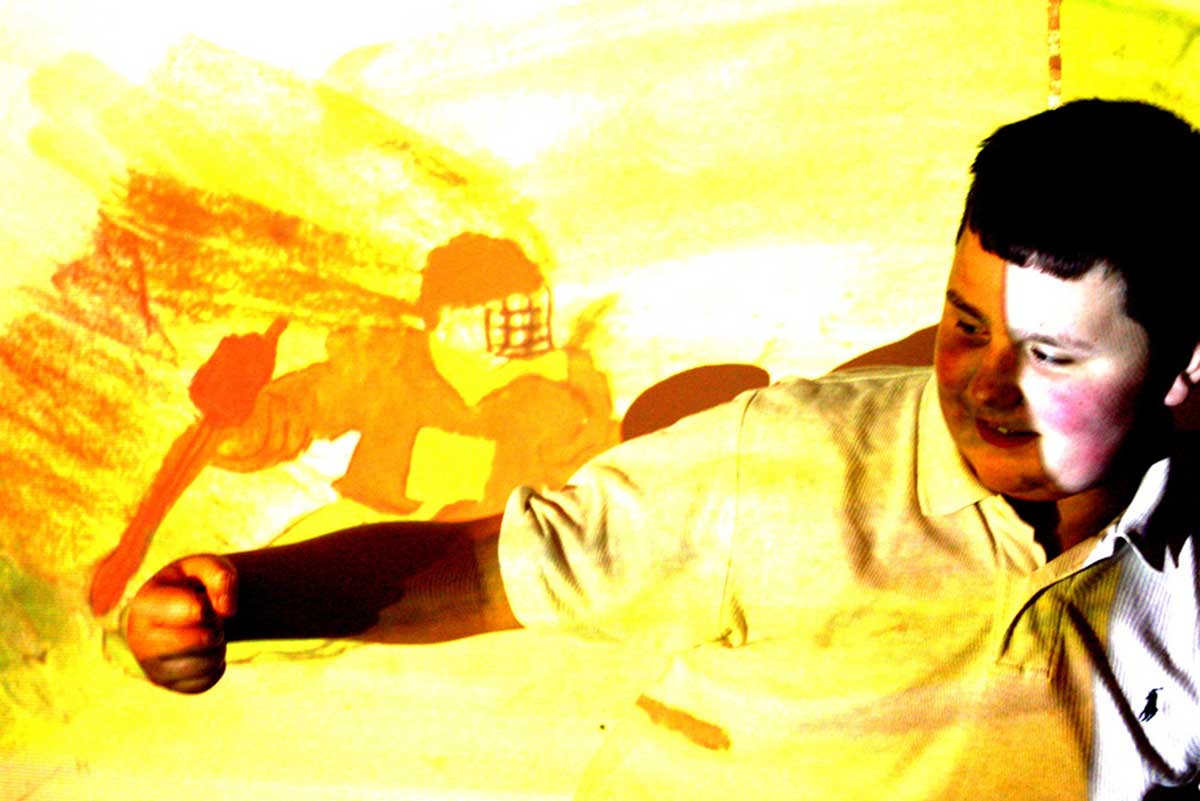 Kristina Veasey is a two-time Paralympian having competed in the Sydney 2000 and Athens 2004 Paralympic Games, representing Team GB in wheelchair basketball.

Occasionally her sports and arts careers have come together, providing fertile ground for social engagement projects.

Driving Inspiration is a project that pairs up artists and Paralympians to inspire young people about the values of the Paralympics: determination, inspiration, courage, and equality.

In 2014 Kristina was paired with Judo World Champion Ian Rose for an artist residency with an Inclusion Unit in Kent. Kristina projected photos of the students’ Paralympic collages onto their bodies encouraging them to be performative and make different poses reflecting the theme.
“It was interesting to see their sullen expressions gradually evaporate and the awkward stances be replaced by boys that were smiling, laughing and joining in.”
Kristina photographed this stage as well which allowed them to make a stunning visual record of the students becoming one with their art.

The resulting images were exhibited at the home of the Paralympic Games, Stoke Mandeville Stadium.

Later that year Kristina was commissioned to return to the same school with GB Sledge Hockey paralympian Mark Briggs.

Mark brought with him some replica sledges that could be used by students in the sports hall, as well as bringing ice sledges to look at and GB kit to dress-up in. Kristina then spent time with students printing, drawing, sound, photo and video editing, and creating stop-frame animation. The resulting video was exhibited alongside some of their 2D images at Spirit in Motion, part of the Sochi Winter Paralympic Flame lighting celebrations held in Buckinghamshire; the birthplace of the paralympics. It was also screened at the Together Film Festival.